If you have ever had the pleasure of witnessing Mr Bantwini live on stage, you’d know the inevitable bond he shares with the keyboard and the trance he naturally falls into whilst performing. When he sings, he projects a voice that many admire and is a bonafide expert within the game. It makes sense why he is considered as Durban’s natural treasure because of the sheer talent he portrays all through Africa yet still remembering where home is.

Being in the music industry is no easy task but Zakes has managed to take each day within his stride and perfect his craft for anyone with a good ear for music.

A true ‘Durbanite’ indeed, Zakes emphasizes the importance of artists staying within their homeground yet achieving the success they desire.

“People from Kwa-Zulu Natal have immense talent but the problem comes in when they want to spread their wings due to the belief that our province is not giving artists the proper support needed. They head over to Johannesburg to try and make a name for themselves”.

“When I managed L’Vovo, I didn’t want him to move out of the province because I wanted to make things work here. Kwa-Zulu Natal continues to produce magnificent talent such as Distruction Boyz, DJ Sox and the likes but it is important to nurture such talent”, he says.

He further adds: “We see many artists from overseas staying in their hometowns yet people from far and wide come through to see them perform. The same type of structure should happen here – The world is ready to listen to us!”

Currently banging out a new single titled- “Freedom” is Zakes’ , Mr Bantwini focused more on behind the scenes than a vocal standpoint. A first for the “Ghetto King” as he is famously known.

The single is a collaboration between the Ghetto King and upcoming talented singer-songwriter Moonga K who wrote and sings the hook of this fire track, which is a combination of EleAfro-Electronic and African House rhythms.

Bantwini adds: “When I heard the melody on “Freedom”, I just really liked it but felt that someone else had to sing the chorus because I would not do it”.  The soothing sounds from the single maintains that the ‘Ghetto King’ is not going anywhere and Africa should appreciate the sounds he creates.

“My fans must know that they are up for a beautiful journey because I have plenty surprises for them and they are dearly appreciated for being with me”.

031 stand up because our Ghetto King is back with another smashing hit! 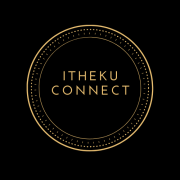 Heineken VIP Viewing Experience - ‘If you not with us then you not a member’!