The former MEC of Economic Development, Tourism and Environmental Affairs in the KwaZulu-Natal (KZN) province who is also the African National Congress (ANC) provincial chairperson Sihle Zikalala has been appointed new KZN premier. His swearing into office took place at the capital city Pietermaritzburg on Monday the 27th.

Zikalala was already expected to be premier of the province due to his political background and contributions to the party. He has been very active since his days as the leader of the ANC youth league (ANCYL) till present and he is considered a people’s person by a lot of young people in the province.

He has in many years showed the interest he had in the young people and his newly appointed cabinet can be used as proof, on the same day of his swearing Zikalala announced his cabinet that will operate under his leadership and as provincial secretary general of the ANCYL Thanduxolo Sabelo has said “It keeps on getting younger.” This follows the appointment of Kwazi Mshengu the ANCYL provincial chairperson as the new MEC for education in the province and this is considered the best decision because Kwazi holds a masters degree in law and has a very broad knowledge about politics.

We spoke to Nkanyiso Zungu the current provincial chairperson of the Congress of South African Students (COSAS) under the ANC and he said “Sihle is the right candidate for this position in fact he’s always been there for us the people, he even launched a youth funding in the province and he has been doing good to assist where possible in many years and we have never been ashamed to say he is always been the person we wanted to be premier because he is the provincial chairperson and he alone should have been premier however we now applause the ANC for having reached to such a decision and we would like them not to change.” 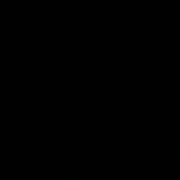 Put some “Respek” on Samantha Mabaso